Michael Raynor wrote and performed the hit one-man show, “WHO IS FLOYD STEARN?” Off-Broadway to great critical acclaim, and has written the screenplay adaption as well. He will direct the film version, (not act), and employ a younger, potential star actor in the lead role.

As a first time film director, Michael plans to work closely with a very experienced director of photography/cinematographer as well as a first class editor and producer. During an extended and carefully planned pre-production process, he intends to completely storyboard and shot list each scene, so that he is completely and utterly prepared once on set. In addition, Michael intends to utilize a rehearsal process with the actors so that they are very well versed in their roles and relationships to one another when principal photography begins. With this kind of detailed preparation the filmmaking process can not only keep to a tight schedule, but produce excellent results as well.

WHO IS FLOYD STEARN? (Film Promo)

Who is Floyd Stearn? is the question that Michael Raynor asked himself for over 20 years. When he received a FedEx note that his estranged father had died 6 years earlier, he decided to find an answer. Last seeing his father on his 7th birthday, Michael thought that he abandoned him without a second thought, never wanting to see him again.

After a freak meeting with his favorite cousin from when he was little, he discovered that his equally estranged grandmother was still alive and thus his mission began. The true story unfolds, causing a rebirth in Michael’s relationship with the memories of his father through a nearly fantastical odyssey of a back-story he never knew.

Who Is Floyd Stearn? was originally developed with master storyteller-teacher, Mark Travis. First presented as a “member’s project” by Joseph Siravo at the renowned Ensemble Studio Theatre in New York, then cut short by 9/11 after only two performances, it moved to Los Angeles and worked-shopped at Theatre/Theatre as well as The Tamarind Theatre, where it ran for 24 weeks. It premiered for critics in the prestigious Assembly Rooms at The Edinburgh Theater Festival, and later opened The Edgmare Center For The Arts’ Kaleidoscope Festival in Santa Monica under Larry Moss’ direction.

The New York Times called Who Is Floyd Stearn? “the best family confessional play they’ve seen” and The New York Post named Michael to the 2005 GALAXY OF NEW STARS- 25 FRESH FACES TO WATCH after his successful Off-Broadway run for which he owes enormous thanks to his childhood friend, Rick Waxman for producing.

The film version is currently in the financing stage of development. 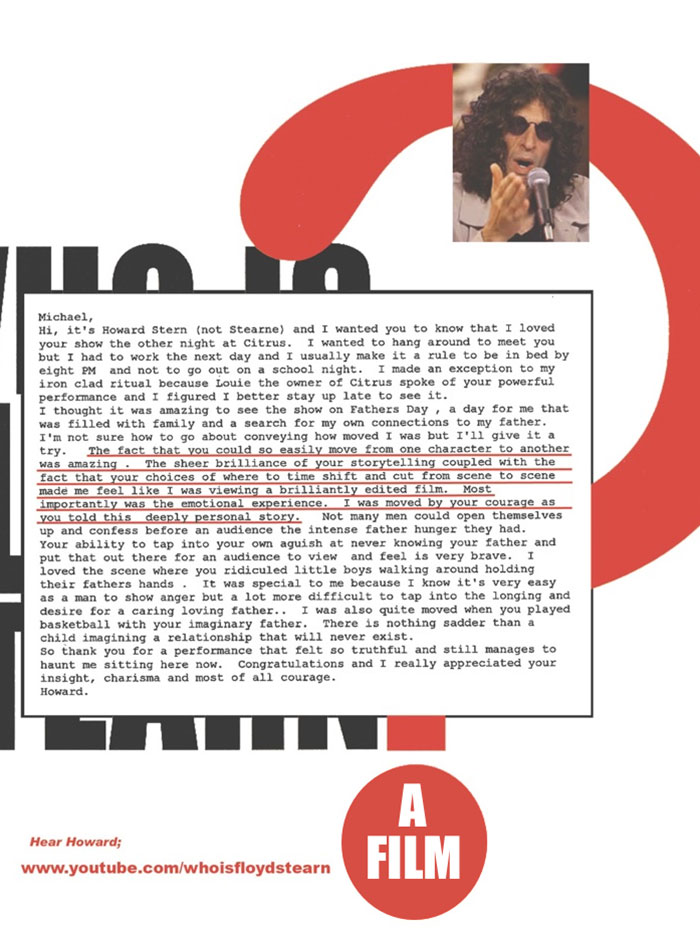 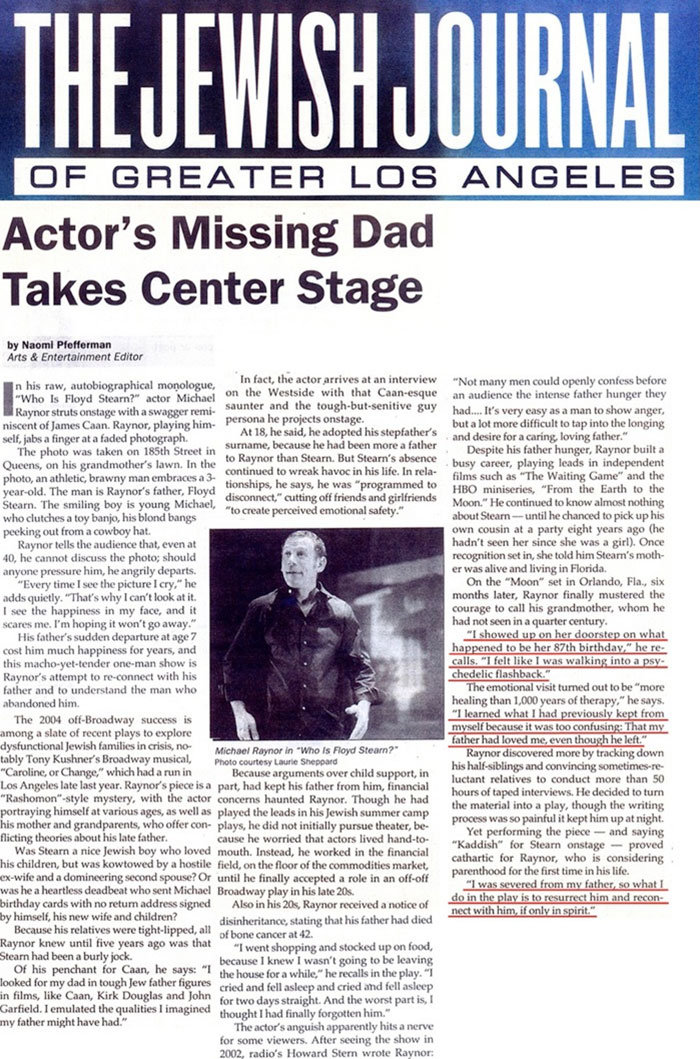